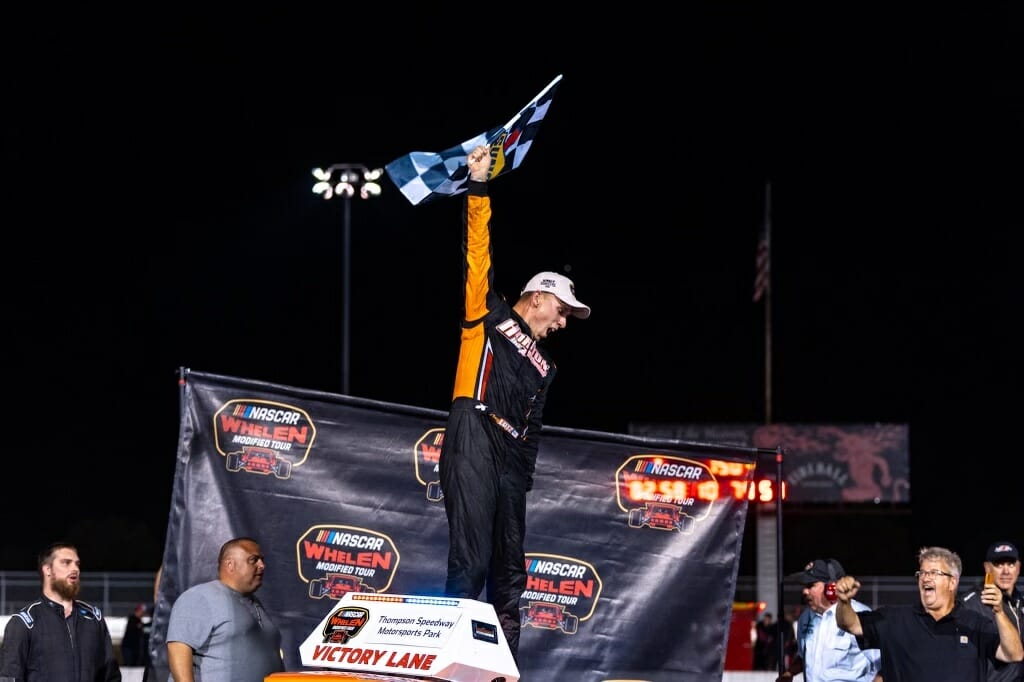 THOMPSON, Conn. – In what was a wild 150 laps sponsored by Phoenix Communications, Craig Lutz returned to Thompson Speedway Motorsports Park Victory Lane on Thursday night, August 18. As the NASCAR Whelen Modified Tour hit the high-banks for the first time since 2020, Lutz drove the No. 82 for Danny Watts to the front of the field early, and bested his challengers on multiple late restarts to score his fourth series win and first of the season.

While Lutz rolled to Victory Lane, the race was marred with calamity throughout, collecting some of the top names of the Whelen Modified Tour, including points leader Ron Silk. Inside the final 40 laps, Silk and Jon McKennedy made contact, sending Silk into the wall in turn one. Earlier in the race, Jimmy Blewett’s No. 7NY made hard contact with the frontstretch wall, ending his chances. Additional incidents included Andrew Krause, Ronnie Williams, Donny Lia, Austin Beers, Tyler Rypkema, Tommy Catalano and others.

But after the race, it was Lutz, who was only worried about putting a season filled with tough runs behind him, while smiling on Thompson’s frontstretch with the checkered flag and trophy in his hand.

“Danny Watts has put a lot into his Modified program for a long time,” Lutz said. “It’s been a while since he won. We got a win with him at New Smyrna, but to win a Tour race [at Thompson] is just incredible, and there’s so many people to thank. We’ve had a hell of a season so far, but we just turned it around right now.”

Lutz was followed to the line by Eric Goodale in second and six-time Whelen Modified Tour champion Doug Coby in third. Jon McKennedy took over the series point standings with five races to go, finishing in the fourth spot, while 12-time Thompson winner Justin Bonsignore finished the top-five.

“The points will take care of themselves,” Goodale said, who is third in the standings heading for the stretch run. “We’re just here to win races. We came up one short, but Craig had a rocket ship. I thought I was going to have a chance on that last restart, but the guys did a bang-up job on pit road and put me in a position to win. We’ll take it and move on.”

In support division racing, the story of the night was the 50th win of Woody Pitkat’s career at Thompson Speedway Motorsports Park. The multiple-time track champion held off Ryan Morgan in a hard-fought battle over the final 10 laps, and even though it originally appeared like that race was for second, it ended up being for the win. Race winner Jordan Hadley was disqualified in post-race inspection, handing Pitkat the victory. The win boosted him to eighth all-time on the track wins list.

“This is the first win for me since my dad passed,” Pitkat said. “It’s really cool. It means a lot to win for him. A win is a win nowadays. Especially in anything, it’s so hard to win. You never know when your next win is going to be. We had a good car here for years and then they switched tires, and then they put restrictor plates… we’ve definitely been struggling. I think tonight was by far the best car I’ve had here in a long time.”

Ryan Morgan and Tom Carey III finished the podium in the official results after the 25-lap race for the Thompson Late Models.

In the Limited Sportsman, Zachary Robinson inherited the win after original winner Corey Fanning didn’t pass post-race inspection. Fanning had bested Larry Barnett in a spirited battle over the final half of the race, but it was Robinson in position to take advantage when he crossed the line second, and made it through inspection.

Nathan Pytko rolled to Victory Lane in the 30-lap SK Lite Modified feature, completing the second round of the Double Down Showdown in style. Meghan Fuller led the race early, but Pytko didn’t take long to find his way around to the front. Steven Chapman picked up his second straight second-place finish, taking the point fund win for the two nights of racing during the week, with Trent Goodrow crossing third at the finish.

Thompson Speedway Motorsports Park is slated to return to racing on Wednesday, September 15, for the Tripoint Showdown 75 headlined by the Outlaw Open Modified Series. The Sunoco Modifieds, Late Models, Mini Stocks, Limited Sportsman and SK Light Modifieds are also scheduled to compete. The NASCAR Whelen Modified Tour will return to Thompson as part of the World Series in October on Saturday, October 9, as part of three straight days of asphalt Modified racing. 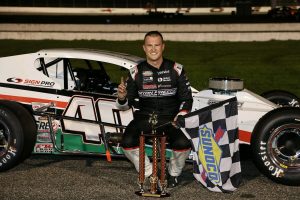 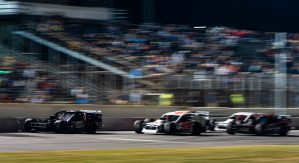 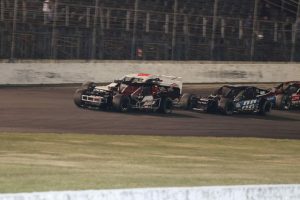 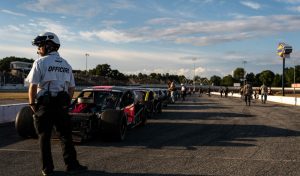 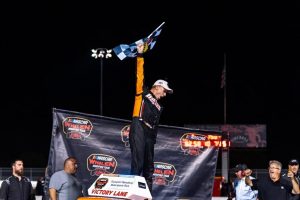 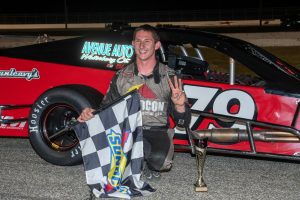